Diana, now one of our nurses, adopted Savannah from a Miami shelter and drove her home to Charlotte. She immediately fell in love with her new baby. Unfortunately, Savannah developed a fever, she began having gastrointestinal signs and was brought to the clinic for diagnostics and treatments. Unfortunately, Savannah was not recovering and began to develop nasal and ocular discharge. She became depressed and lethargic, she also refused to eat, despite aggressive therapy. She then began to develop neurologic signs.

We tested Savannah’s conjunctival (ocular) and nasal fluid for canine distemper virus and she tested positive. Diana had to make the very difficult decision to let Savannah go, her prognosis was poor due to the development of neurologic signs and she wanted to end her suffering.

Canine Distemper is an entirely preventable disease with proper vaccination. We have not seen Distemper at IVC in over 12 years prior to Savannah’s case. We believe this is because of vaccination protocols in our area. Puppies lose protection from maternal antibodies anywhere between 6-12 weeks of age. Ideally, 2-3 vaccinations should be given during this time. Wildlife including raccoons, foxes, and skunks can also carry this virus so it is important to isolate puppies from wildlife. Non-immunized older dogs are highly susceptible to infection and disease as well.

This group of fantastic intelligent people take wonderful care of our dogs and cats. They are so sweet with them and know how to handle them. They are also really good at explaining any problems to you and coming up with helpful solutions. Even suggestions about the environment you animals live in and how to adjust for them. We would highly recommend you bring your loved ones here.

These folks are very professional, capable and caring. They have cared for all my dogs since they purchased the practice from the previous vet who retired. My family, which includes my dog has only praise and thanks for their services.

Wonderful experience with Independence Veterinary Clinic from the very first phone call to set up an appointment to the follow up call that I received a few days after the appointment! During my first call, I did not have to wait long for someone to pick up , take all of the information on my 3 4-legged kids, and set up an appointment on the day that I wanted. The day of the appointment, I called upon arrival and the techs were out shortly for curb service. Dr. Long called me after checking everyone out and giving the shots needed. She answered all of my questions and gave me tips on the kittens (haven't had kittens in 20 years!). I would highly recommend Independence Veterinary Clinic!

I've been to many different veterinary clinics in my life. Independence Veterinary clinic is by far the best. The staff is Professional and very friendly, not to mention how teuly caring they are. We love Dr. Michelle.
The remodeled facilities look incredible by the way.

We recently started with IVC a few weeks ago. We had to bring in our 11 year old German Shepherd as he was having some health issues. Sadly we had to bring him in today to say goodbye. I cannot say enough about the staff here at IVC and was so impressed and deeply moved from the moment they opened the doors when we pulled into the parking lot.

Jaeger was brought into a specific room ( not a "exam" room ) that was comfortable and perfect for a pets final journey.

IVC has my complete recommendation! 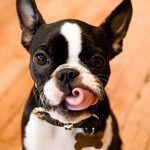 Is your pet allergic to it’s foodCase Study, Pet Topics 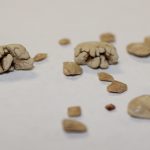